Posted by Nancy Cavey
in Insurance Carriers, United of Omaha 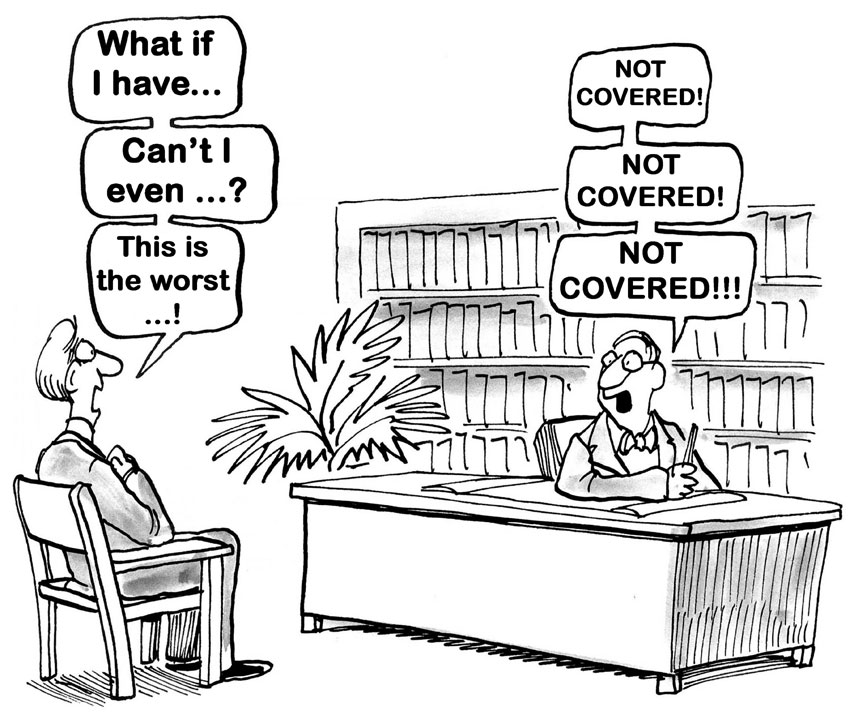 Christian Hornland hurt his back in a slip and fall accident that fractured his thoracic spine. He had pain management treatment and rehabilitation that allowed him to work.

He subsequently became employed as a real estate manager for Thortons and was offered and accepted a long term disability policy through United of Omaha.

A few months after he became a real estate agent, Hornland began experiencing back pain and spasms because his job required him to stand 15-20 hours per week. Several months later, he experienced an onset of sharp stabbing pain in his mid-back. He returned to his doctor and got a refill of his pain medications.

Eventually, he was unable to work as a result of severe back pain and muscle spasms and he applied for his United of Omaha Policy.

The United of Omaha policy had a pre-existing conditions exclusion which provided:

“Pre-Existing condition means an injury or sickness for which you receive medical treatment, advice or consultation care of service including diagnostic measures or had drugs or medications prescribed or taken in the 3 months prior to the day you became insured under this policy.”

The policy also defined self-reported conditions to include pain.

United of Omaha denied Hornland’s disability claim and took the position that his lumbar condition was a recent development, that he was not actually disabled and that even if he was disabled, the disability was excluded as a pre-existing condition because during the look-back period he received treatment and medication for back pain and muscle spasms. Hornland appealed.

United of Omaha denied the appeal and Hornland filed suit in Federal Court. It was no surprise when the District Court entered a judgment for United of Omaha on the basis that his claim was barred by the pre-existing condition clause.

Hornland didn’t give up and appealed to the 11th Circuit.

What Did the 11th Circuit Do?

We recently had the privilege of representing a policy holder in a similar case.

United of Omaha had blown past this distinction and had failed to consider that Hornland had earlier hurt his back in a slip in fall that had fractured his thoracic spine.

The 11th Circuit said “Oh no” and remanded the case back to United of Omaha. Hornland will now have to prove:

1. that he was disabled from the lumbar condition;

2. that it arose before his insurance policy had ended;

3. and that his disability wasn’t caused by a thoracic injury that had manifested itself during the look back period.

We hope that Hornland is able to win his claim against United of Omaha!

Need Help With Your United of Omaha Insurance Disability Claim?

Give us a call at 727-894-3188 today to talk to an attorney who has experience going against insurance companies like United of Omaha.