You bought your Aetna disability insurance policy with the promise that Aetna would be there for you and your family if you became disabled and unable to work. You thought you were buying financial peace of mind!

Aetna was formed on May 28, 1853 and remains based in Hartford, Connecticut. The name was meant to invoke Mount Etna which, was at the time, Europe’s most active volcano. I have hiked Mount Etna which is now known as Sicily’s best, and only, ski destination.  Much like Mount Etna, Aetna has faded in its glory. Its health insurance business may soon be gobbled up by CVS, since Aetna’s primary business is health insurance.

The Hartford is in the process of buying Aetna group life and disability business for 1.45 billion in cash. Cash that I am sure Hartford made denying claims.  I doubt that little will change with this 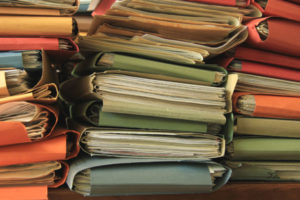 buyout as both is notoriously bad actors in the disability insurance world.

In February 2018, the California Department of Insurance launched an investigation into Aetna after sworn testimony by Dr. Jay Ken Iinuma, a former medical director for Aetna, that he never reviewed any patients’ medical records when deciding whether to approve or deny claims for medical care.

Guess what? I seriously doubt that Aetna or Hartford disability insurance medical directors or peer review doctors review medical records before issuing ridiculous opinions that disabled policyholders can work.  That is not how they make money!

Aetna plays games with initial applications and makes endless and multiple requests for medical, financial and vocational information before it figures out a way to deny benefits. This delay and denial strategy drains your bank accounts as you try to stay financially afloat.

Aetna uses “liar for hire” doctors who give Aetna the ammunition it needs to justify a claims denial or termination. Aetna rarely tells a denied policyholder, like you, the real reasons the claim was denied. Worse yet, Aetna fails to fully explain what you need to submit to successfully win an appeal.

That’s why it is crucial that you be represented at both the initial application and appeal stages of an Aetna claim by an experienced lawyer, like me, who battles Aetna daily.

Some Aetna policy holders make the mistake of going it alone and they pay dearly for “doing it yourself.”

Once the appeals process is exhausted (and that really means you are exhausted by the endless requests for information and battling with Aetna), the only recourse is to file a lawsuit. If you purchased your insurance through your employer, the policy is most likely governed by the Employee Retirement Security Act or ERISA.

If you don’t exhaust the appeal process and file suit, the Court will dismiss the same. Let me tell you the story of the Vaughn family whose claim for life insurance benefits was denied.

In Vaughn v. Aetna Life Insurance Company, U.S. Dist. Court Georgia,1:16-cv-1107-WSD, Aetna denied a claim for supplemental life insurance because Vaughn had failed to file an appeal after Aetna had denied his father’s entitlement to those benefits because his father did not the “permanent and total disability “ requirements for a waiver of premium.  The Judge agreed that Vaughn had not exhausted his administrative remedies and, therefore, could not sue. The principal is the same for any ERISA disability, life or health claim.  You “don’t pass Go” unless you exhaust all of the administrative remedies required in the policy.

Despite its name, the ERISA statute and regulations are NOT policy holder friendly.  You CANNOT add anything to the claims file after the last denial so all the Federal judge gets to see is what is in Aetna’s file which is stuffed with medical and vocational opinions that are favorable to Aetna. You didn’t know enough to get the claims file when you appealed, didn’t know enough to add medical, vocational or lay evidence to the file, or didn’t make the right arguments, you have all but destroyed your case.

An appeal of a denied Aetna claim is the trial of your case. Taking on a tough insurance company like Aetna is an endeavor for a specialist.

A federal judge will give Aetna the benefit of the doubt because your Aetna policy requires you to prove they are wrong and not the other way around. You owe it to yourself and your family to have an experienced disability attorney, like me, take on Aetna. After all this is about getting the disability benefits you deserve and you paid for.

Some policy holders have bought their own disability policy through an agent and that is known as an individual disability insurance policy. The game is the same but the playing field is more level because any claims denial can be challenged in state court which is a friendlier place to be if you have to sue Aetna.

The type of policy that you have will determine your rights and whether you are playing on a level playing field.

Aetna offers disability policies through employers which are governed by ERISA. An Aetna ERISA policy generally has the following:

However, a group plan offered by a church plan, such as the Catholic Church, or by a municipal employer like the City of Baltimore, Baltimore County or the State of Maryland are NOT generally covered by ERISA. The policy terms are much like those of an ERISA plan but there is one CRUCIAL difference. A claims denial or termination can be challenged in state court and new evidence can be submitted at trial.

State law courts are a much friendlier place for a policy holder than Federal court. You are entitled to a jury trial in a state law claim and not some Federal judge just making a decision based on Aetna’s file stuffed full of things that are unfavorable for you!

Without a doubt, the best and most expensive policy is a private individual disability policy known as an ID policy. The policy terms and coverage are broader and more generous. But that means a high monthly premium and a lot of financial exposure that Aetna has if you become disabled.

It isn’t uncommon for Aetna to invoke a pre-existing exclusion or a medical condition policy rider right out of the box as a way to justify a denial of the claim from the beginning of the claim. That is just one reason why it is so important for a policy holder to contact me BEFORE they stop working and apply for benefits.

Let say, for example, you are a dentist who has a policy that excludes any claim for disability as a result of carpal tunnel syndrome but you now can’t work because of a herniated cervical disc. The symptoms of carpal tunnel syndrome can mimic those of a herniated cervical disc that cause tingling, numbness and weakness of the hand.

Aetna fights an individual disability claim as hard, if not harder, than an ERISA claim and costly mistakes can be made at the initial application and appeal stages of a case.

Ready To File Your Disability Insurance Claim Against Aetna?