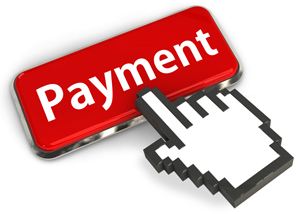 1. Reduce the amount of disability benefits by an estimated amount of deductible benefits, or

2. Allow the policy holder to elect to receive full payments, without reduction, in exchange for an agreement to notify the carrier of the receipt of other income benefits and to repay any overpayment incurred, as a result of receiving other benefits.

What Happens When the Policy Holder Ignores Their Agreement to Repay any Overpayment?

In the case of Unum Life Insurance Company v. Pawloski, 2014 WL 6686327, Mr. Pawloski learned the hard way what happens when he ignored the agreement he signed to repay Unum an overpayment.

Unum made a number of fruitless efforts to obtain the details of Mr. Pawloski’s Workers’ Compensation settlement. Unum, ultimately learned that he had settled his case for $150,000 with $70,000 set aside for Medicare. The settlement was backdated and covered the same period of time that Mr. Pawloski had received unreduced benefits from Unum.

Federal District Judge Honeywell noted that 29 U.S.C. §(a)(3) provided that a civil action could be brought by Unum “to obtain the appropriate equitable relief … to enforce … the terms of the plan.” The judge found that:

1. Unum was a fiduciary under the ERISA plan which was entitled to enforce the terms of its policy,

2. That the Workers’ Compensation settlement was a source of money that Unum was entitled to as a deductible source of income,

4. He neglected to repay, and

5. An equitable lien was created in the amount of the overpayment as soon as Mr. Pawloski received the Workers’ Compensation settlement.

Mr. Pawloski suggested, in his defense, that he had already used or spent the specific sum he received in his Workers’ Compensation settlement and, therefore, he was not obligated to repay Unum.

Judge Honeywell rejected that argument suggesting that to allow Mr. Pawloski to spend all the money he received, knowing he violated the terms of his contract, “set a dangerous precedent.”

As a result, Judge Honeywell ordered Mr. Pawloski to pay $49,187.58 back to Unum without interest.

The Federal judges will enforce the overpayment provisions of long term disability contracts. Get out your policy and determine what “other income” means, so that you can plan to repay the disability carrier if you receive other income benefits, like Social Security Disability benefits for you or your family, Workers’ Compensation benefits, or even a settlement of any personal injury claims.

What You Should do Today!

You can learn more about reimbursement issues by contacting Long Term Disability Reimbursement of Overpayment attorney Nancy Cavey at 727- 894-3188.