Vascular dementia, which is caused by impaired blood flow to the brain, is the second most common cause of dementia. It is also known as vascular cognitive impairment. While the leading cause of dementia is Alzheimer’s disease, it is not uncommon for both to present together, in what is known as mixed dementia.

What are the Symptoms of Vascular Dementia Related to LTD Disability Claims?

Unfortunately, the most disabling symptoms of vascular dementia are cognitive in nature, which can make it difficult if not impossible to perform the material and substantial duties of your own or any other occupation.

What is In Your Medical Records for Vascular Dementia?

One of the things you must do before you stop work and apply for benefits is to get a copy of your medical records and review them. The disabil 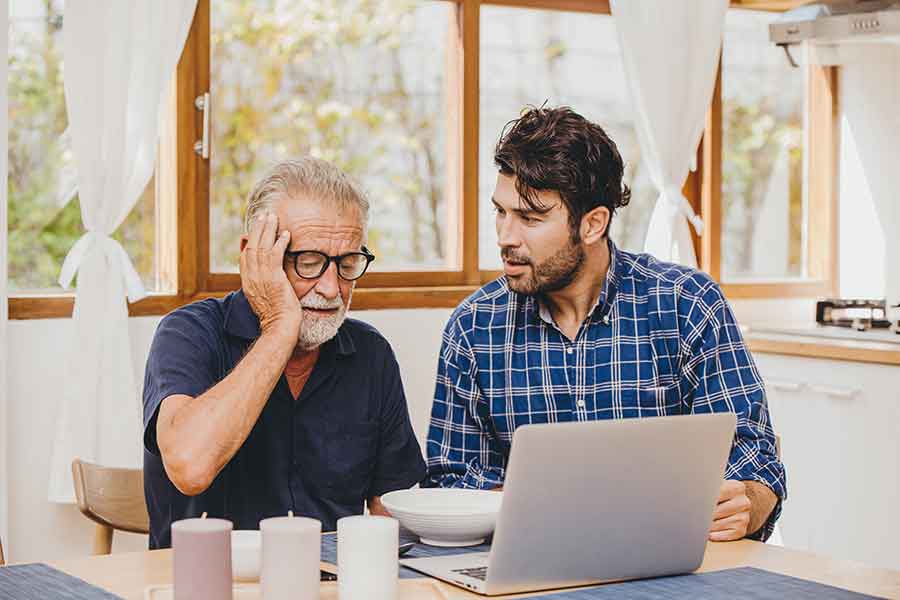 We can help with Vascular Dementia Long Term Disability Insurance Claims all over the United States. Contact us today!

ity insurance carrier or plan will get those records and will look for a history of your disabling symptoms, examination findings, physician’s observations of your memory, speech, and motor movements, and your test results. What do your medical records say?

Vascular dementia often develops differently from Alzheimer’s. You might be stable for a period of time, get worse and then alternate between stable periods and drops in functioning. Alzheimer’s typically progresses in a downward fashion.

The pattern of stability and then decline can be problematic in a disability insurance claim. Disability carriers or plans will seize on those periods of stability as evidence that your vascular dementia is no longer disabling. They will use this “snapshot in time” as an excuse, so your medical records should document not only your symptoms during periods of stability but also during drops in functioning. That should be addressed before you stop work and apply for benefits.

What Objective Testing Will the Disability Insurance Carrier or Plan Expect to See in Your Medical Records?

The disability carrier or plan will expect that you have gotten a full medical workup to rule out other causes for your symptoms. This can include a cardiovascular, diabetic, and neurological work up.

The disability carrier or plan will want to see the neuropsychological testing to confirm memory impairment and problems with executive functioning. I recommend baseline neuropsychological testing when you first develop cognitive impairment and repeat testing before you file a claim, to objectively document the organic reason for the decline in your cognitive abilities. Disability carriers and plans discount subjective complaints of memory problems without objective testing.

If possible, the scan results should be correlated with the neuropsychological test results to provide a comprehensive explanation of your cognitive decline and how that impairs your ability to perform your occupational duties. In certain cases, I like to tie it all together with a vocational opinion that explains your occupational duties and why the test results confirm that you cannot perform them.

If you have had strokes, you will want to claim both the stroke and the vascular dementia as the basis of your claim and make sure that the symptoms and functional problems resulting from both are well developed in your medical records.

Getting your disability benefits requires proper medical and vocational documentation and teamwork.

Why Cavey Law for Your Vascular Dementia Disability Insurance Claim

We are with you every step of the way! Call 727-894-3188 for a free consultation wherever you may live in the U.S. Learn more about your rights to ERISA disability benefits so you get the benefits you deserve.