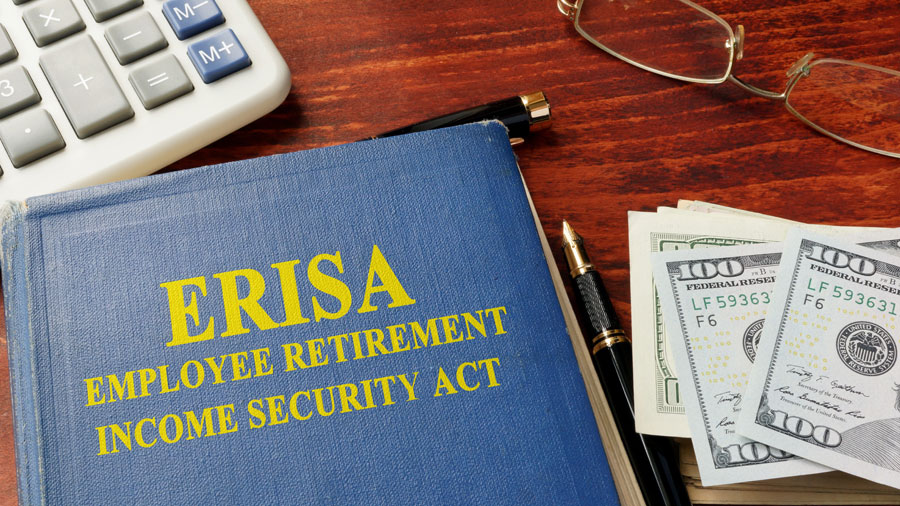 If you purchased your disability policy through your employer, that policy is most likely governed by the civil enforcement provisions of the Employer Retirement Income Security Act 1974 (ERISA), 29 USC §1132.

MetLife paid her benefits and then denied her claim on the basis that she no longer met the standard of disability. Her policy required that she submit an appeal within 180 days of receiving MetLife’s decision to timely appeal the termination of her disability benefits.

Under ERISA regulations and MetLife policy, MetLife was to: “notify the insured in writing its final decision within a reasonable period of time, but not later than 45 days after MetLife’s receipt of the insured written request for review, except that under special circumstances MetLife may have up to an additional 45 days to provide written notification of the decision.”

The policy provided that “if an extension is required, MetLife will notify [the insured] prior to the expiration of the initial 45 day period, state the reason(s) why such an extension is needed, and state when it will make its determination.”

Guess what? MetLife didn’t meet those ERISA or policy deadlines!

What Happened when MetLife blew the 45-day deadline?

The Policy provided that if MetLife failed to meet its own deadline, Perry was deemed to have exhausted her administrative remedies and could immediately file a lawsuit seeking judicial review.

The issue in the case was whether Perry jumped the gun and filed suit and whether MetLife complied with the ERISA deadlines for resolving this appeal.

MetLife argued that because they didn’t receive Perry’s CD with additional information, until after the deadline, Perry’s appeal was not deemed filed until Perry had provided all documentation in support of the appeal.

However, ERISA regulations provide:
“the period of time within which a benefit determination on review is required to be made shall begin at the time an appeal is filed in accordance with the reasonable procedures of a plan, without regard to whether all the information necessary to make a benefit determination on review accompanies the filing.” 29 C.F.R. §2560.503-1(i)(4).

Nothing in the policy or the ERISA regulations required that Perry submit supporting documentation in order for her appeal to have been deemed received.

The court noted that MetLife did not render a decision on Perry’s appeal within the 45 day period of time after it received Perry’s appeal nor did it seek in writing on the extension in which to review the appeal. The court held that under the policy and ERISA regulations MetLife failed to resolve Perry’s appeal by the applicable deadline.

Courts all over the United States have addressed the issue and generally applies a “substantial compliant” standard to ERISA deadline requirements. Courts will commonly overlook administrators’ failures to meet certain procedural requirements when the administrator has substantially complied with the regulation and the process “as whole fulfills the broader purpose of ERISA and its accompanying regulations.” Rascnack X. Rel. Tribolet v. AIG Life Ins. Co., 585 F. 3d 1311 (1317)(10th Cir. 2009).

(2) in the context of an ongoing, good faith exchange of information between the administrator and the claimant.

The court found in the Perry case that the delay in seeking the extension was inconsequential. However, MetLife wasn’t engaged in any ongoing exchange of information with Perry to justify its delay to resolving her appeal.

In fact, MetLife didn’t communicate at all with Perry about a potential delay in making a decision on her appeal, until Perry had filed suit. Only then did MetLife send Perry an extension letter.

The Federal Judge said “too late!”

What Should I Do If a Disability Carrier Has Blown the ERISA Deadlines for Making a Decision on My Claim?

Each case is to be determined on its facts.

You can learn whether you’ve exhausted your administrative remedies and whether it is time to file suit by calling Disability Attorney Nancy Cavey, she can help you get the disability benefits you deserve regardless of where you live in the United States.

Need help with your ERISA claim or have questions? Call today at 727-894-3188 for your complementary consultation.